Mr. Garibaldi’s efforts to bring several large companies, including the famed Maxwell House Coffee plant, to Hoboken were “the greatest single factor to Hoboken’s amazing industrial boom”, as promoted by the NJ Observer in 1939. The Bauhaus-style Maxwell House, which opened in 1939, was the largest coffee plant in the world.

In 1937 and 1944 respectively, Joseph J. Garibaldi’s sons, Joseph Jr. and Frank, became the new guardians of this growing real estate firm. The company name then changed to Garibaldi Realty Corporation.

During the 1970’s the firm saw even more change as the four sons of Joseph J. Garibaldi Jr., Joseph III, John, James and Jeff became the heirs to the family legacy. It was during this time that the decision was made to move the company’s longtime headquarters in Hoboken, NJ to Springfield, NJ to better position itself within the growing suburban office market. Along with a location change, which would later be followed by another move from Springfield to Chatham, the company also moved to expand their scope of service by diversifying what they offered to a more sophisticated client base. With that expansion of service came yet another name change, which would be their last, as the company was officially changed to The Garibaldi Group, LLC. 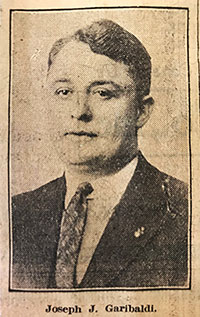 We proudly support these great causes

See how we are changing real estate.